Building a Photo Library for CNU

We’re working with Christopher Newport University on a web site redesign. One of the additional services we’re helping them with is building a photo library in Adobe Bridge that they’ll be able to use to tag and track images. To kick off the new library with solid images, we did a week long shoot with photographer Chris Crisman, myself, and our client contacts: Bruce Bronstein, Maggie Vaughan, and Stephen Murphy.

The strategy in the week-long shoot, besides getting as much footage as we possibly could, was to get several types of photograph to help tell the full story of the CNU experience in an emotional way. 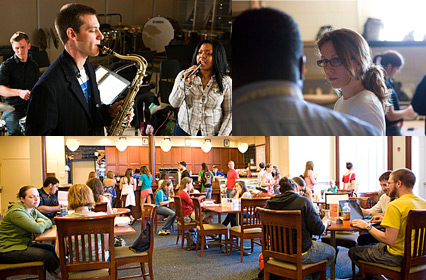 Group photos: communities you can belong to
Because CNU transitioned from a commuter institution to a four-year liberal arts university in the early 90s, there’s still a lingering perception that there’s not much to do on campus. To help dispel this myth, we tried to get groups that people could identify withclassrooms, people gathering socially, students walking around campus, performing or practicing everything from ballroom dancing to basketball. 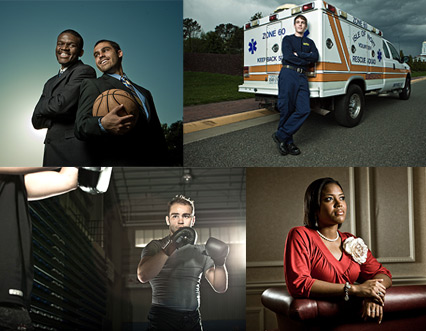 Portraits that speak to (and about) high performance
Part of the CNU long-term admission strategy is to go for higher ability students. The university’s statistics and rankings have improved across the board over the last decade, and they want to continue the trend. Our client picked out students who are true leaders in different areas… from service to undergraduate research to athletics. We captured great images of them and will be conducting interviews to deliver the stories of these students. 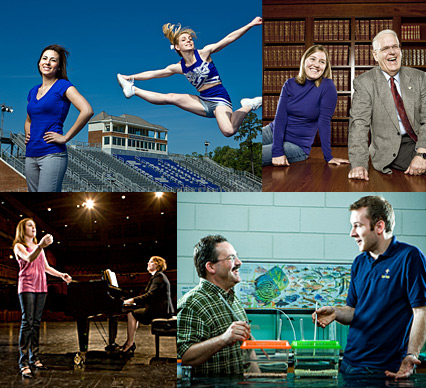 Mentorship photos
What’s the best way to speak to the idea of faculty attention in a competitive market where many institutions talk about small classroom sizes? One way is to create feature content with specific examples of individual students with mentors. We captured images of some students with the mentor of their choice – the faculty member or advisor who has had made the biggest difference for them at CNU. 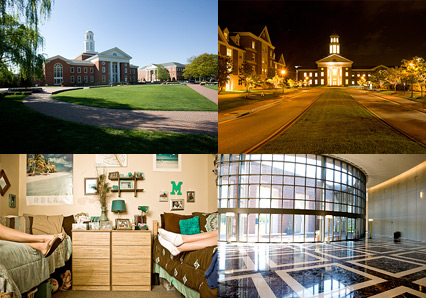 Hi-fi facilities
CNU has been able to raise an astonishing amount of capital funds since the arrival of their president, Paul Trible, and many of their buildingsfrom the student union to the library to some of the residence hallsare less than 10 years old. With so many of the facilities new, and in great shape, we wanted to make sure prospectives get a sense of exactly how nice everything is on campus.

Nice work, but how will they sustain it?
An additional follow up to the shoot is some training for a student photographer who already owns some of the same equipment as the professional we usedso that they can continue to sustain a high level of quality in their images for the next few years.