The Art and Science of a Hashtag Strategy 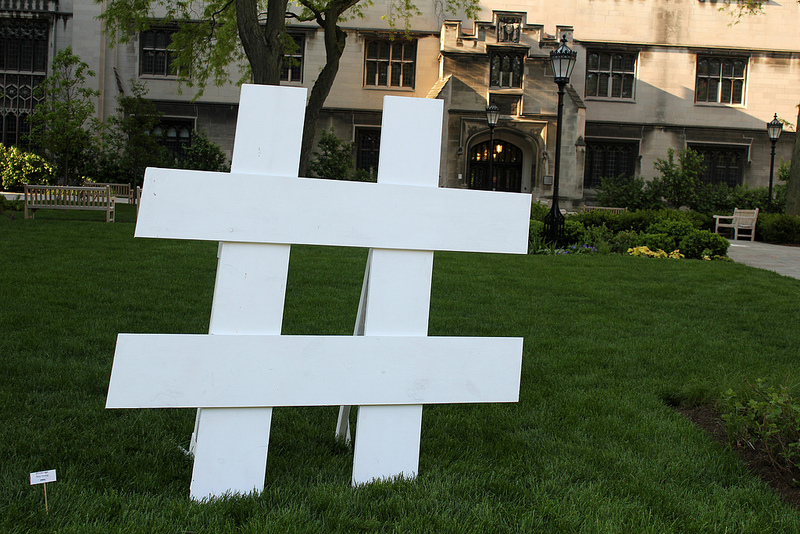 Originally developed by Twitter users as a means to categorize messages, the # symbol has crept from platform to platform to become a universal way of connecting content.

Hashtags are supported on Twitter, Tumblr, Instagram, Google+ and Pinterest. The Wall Street Journal reported that Facebook is working on incorporating the hashtag into its service by using the symbol as a way to group conversations. Simply put, hashtags are increasingly a part of how to communicate and bring order to our online worlds.

As the NCAA starts limiting the use of hashtags on the field and Facebook finds a way to incorporate them into its platform, it’s time higher education started paying more attention to the # symbol and everything it means.

Your institution needs a hashtag strategy.

A recent RadiumOne survey found that more than 70 percent of consumers favor using hashtags on mobile devices and nearly half feel motivated to explore new content when hashtags are present. As hashtags increasingly become an acceptable way to coordinate content, it’s imperative that institutions put thought into how and when to use them.

The goal of any hashtag should be to convey a key message of your institution’s brand marketing strategy and to coordinate conversation around that message. Each hashtag created should be easy to use and clear in its purpose. A hashtag strategy does not mean having a different hashtag for every campaign. It means putting thought into what you put behind the # sign.

Here’s a few guidelines for getting started:

As with any social media endeavor, be sure to be able to answer the simple question: Why are we doing this and what is the goal? Whether it’s to connect content, build brand awareness or form a conversation, know the reason for the hashtag before adding it online.

There are any number of services out there that can help when it comes to researching the history of a hashtag. Is it already is use? What does it mean? How much traffic does it generate now? What the Trend, Hashtags.org and Twubs are just a few tools to get started. Do your research and remember that hashtags are open to all.

Twitter makes it clear in its help center: “Don’t #spam #with #hashtags.” The microblogging service recommends using no more than two hashtags per Tweet. Tweets with too many hashtags are hard to read come across as a desperate attempt to fish for traffic. Ask Brian.

Content from years ago may no longer swim in a Twitter stream but that doesn’t mean that’s its gone for good. Hashtags are searchable and, like most anything else on the Internet, can be archived.

Have fun with it.

Hashtags are not the secret sauce to getting something to go viral. Not everyone will use your hashtag just because you created it. Hashtags often are experiments. Try them out, see what works and coordinate conversation to build better community.

Photo by Quinn Dombrowski used under a Creative Commons license.