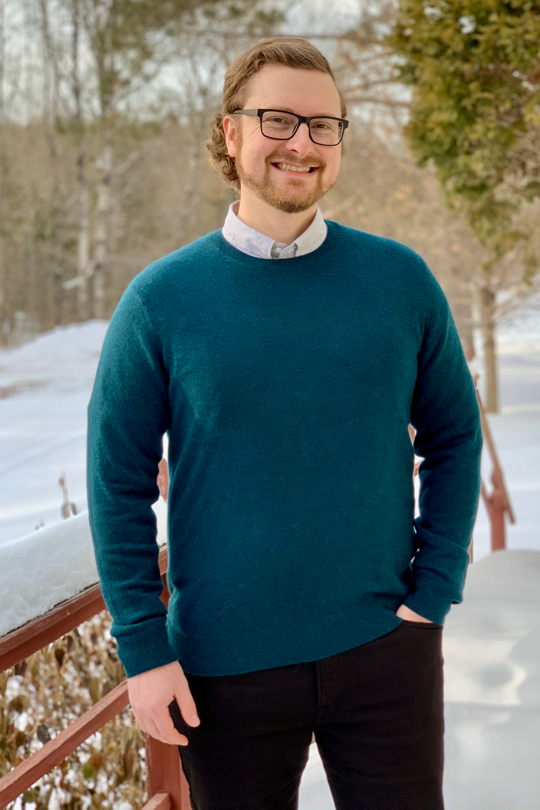 As a front-end developer at mStoner, Dave is responsible for collaborating with clients and the mStoner team to build and implement innovative websites.

Dave started getting interested in computers when his dad brought home a used desktop from a university when he was young. From exploring the command line on that machine to building websites in middle and high school, Dave continued to be fascinated at how the screen could be molded to whatever his imagination could create.

Dave continued his studies at Northern Michigan University and finished with a Bachelor of Science degree in Network Computing / Economics. He joined a technology startup during his last semester and has been working in the digital space ever since.

Dave resides in the Upper Peninsula of Michigan with his wife, daughter, and son. He loves being able to connect with the world through technology and in the next moment be exploring the outdoors. When he is away from his computer, you may find him on the lake, on a run, or having fun with his family.