Communication with Parents: The Landscape in Higher Education 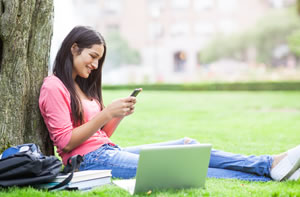 It’s been gradual, but noticeable: the shift toward greater communication between colleges and universities and parents of their students and alumni. Because the current generation of parents of college students often are already hyper-involved in their children’s lives, their participation continues with a vengeance as their high school students move on to college.

A couple of years ago, CASE reported on the growth of campus organizations specifically geared toward parent constituencies. In One Big Happy Family, we read that the number of parent and family programs nearly doubled in the prior 11 years (CASE Currents January 2011). On a typical campus, there is a parent fund, a parents association, at least one family weekend, parent leadership boards, and even parents serving on the boards of trustees.

Because there is increased communication between college students and their parents, the increased involvement of parents on campuses is to be expected. It’s been a long time since parents drove their kids to campus, unloaded their stuff on the sidewalk, and turned around and drove home. I’ll use a personal story to make the differences even more clear … I spent the spring semester of my Junior year in college studying in Valencia, Spain. In January, my parents drove me to JFK and I flew to Valencia to live with a family I’d never met. I did send my parents a letter sometime during the first week I was in Spain (letting them know I got there). I didn’t call them when I arrived and I only talked to them once during the 5‑month study abroad experience. Fast forward to present day, and this NPR piece confirms about 40 percent of college students are in touch with their parents by phone, email, text, or a visit at least once a day. Now, to get parents to leave campus gracefully, schools like Moorehouse College in Atlanta are creating parting ceremonies.

Parent participation in fundraising is also on the rise. Demonstrated by their donations, parents often feel more connected to the colleges their children attend than they do to their own alma maters. The 2010 data from the Council for Aid to Education’s Voluntary Support of Education Survey showed that parents gave nearly $540 million to U.S. higher education and parent giving to higher education increased by 49 percent in just nine years. In the 2012 survey, as reported by all survey respondents (precollege and higher education institutions), parents represented 28.1 percent of  the total sources of voluntary support.

As I talk with college and university administrators across the country, I do hear them reference the challenges and opportunities of the increased involvement of parents. In my view, colleges and universities are attempting to include parents in programming that takes advantage of their energy and commitment but doesn’t disrupt an important item on the student services agenda — allowing young adults to be responsible for managing their own lives during college. More concretely, advancement organizations in higher education are redirecting parents to serve as volunteer leaders and formally involving them in parent association, admissions, and fundraising activities.

Parents are avid followers of higher ed social channels too. Particularly during the admissions process, they are not shy about posting comments and questions. The Noel-Levitz 2011 E‑Expectations Report, The Online Expectations of Prospective College Students and Their Parents, reported that the percentage of prospective parents who posted comments or asked questions on a college’s Facebook page was higher (by 9 percent) than the percentage of prospective students who posted comments or questions on Facebook. The trend and the most recent CASE Social Media Survey indicated that social media is more commonly used by institutions to connect with current students and their parents, and with prospective students and their parents. My own client work also confirms this trend. A recent project included one-on-one phone interviews with parents and I asked if they were following the university’s social channels. One parent said, “I know a lot of people who signed up for Facebook just to keep up with their kids.” Another said, “I use [social media] to keep up with what’s going on on campus. Then I can email my son and remind him about speakers and events he should go to.”

Here are just a handful of parent communication examples in the higher ed landscape: