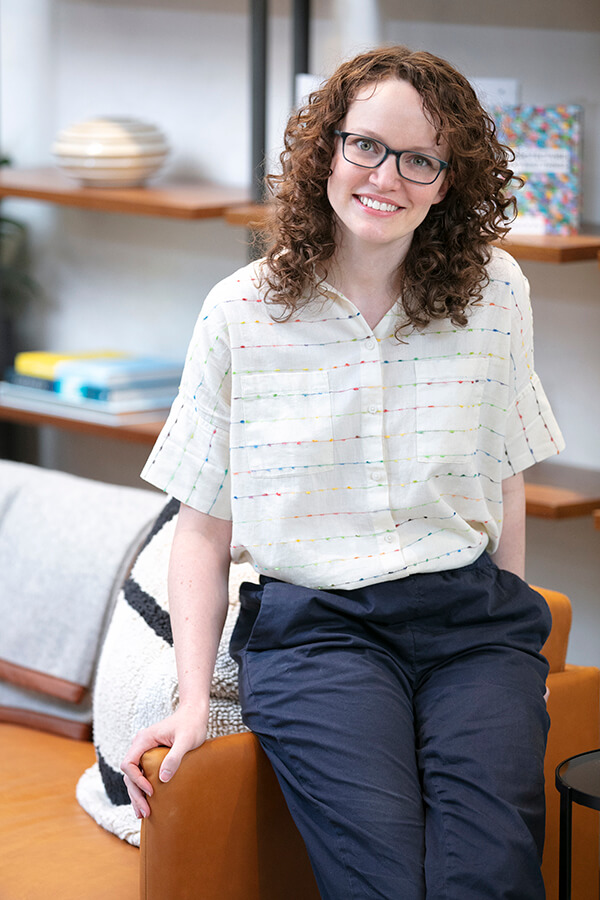 As Director of Web Strategy, Shannon Lanus works to make sure great content and amazing design co-exist in every mStoner project.

She crafts persuasive digital stories for our clients that are informed by their business goals as well as mStoner’s market research and effective audience engagement methods. As part of the creative team, Shannon is involved in all phases of a project from inception and strategy through design, implementation, and launch. She is adept at creating new content as well as re-imagining existing content to help an institution tell its story in fresh, efficient, captivating ways.

Shannon spent five years working in film and television development for companies such as Harpo Films and DreamWorks Animation TV. This included a stint as a creative executive for the first season of an animated kids series on Netflix. Just prior to joining mStoner, she worked with Disney as part of a small R&D group, exploring applications of metadata in TV storytelling. Shannon holds a bachelor’s in film, television and theater from University of Notre Dame and a Masters of Fine Art from the Peter Stark Motion Picture and Television Producing Program at University of Southern California. If she looks familiar to you, it may be because she starred in commercials for Apple, PBS, Kellogg’s, Pizza Hut, and other companies as a child actor.